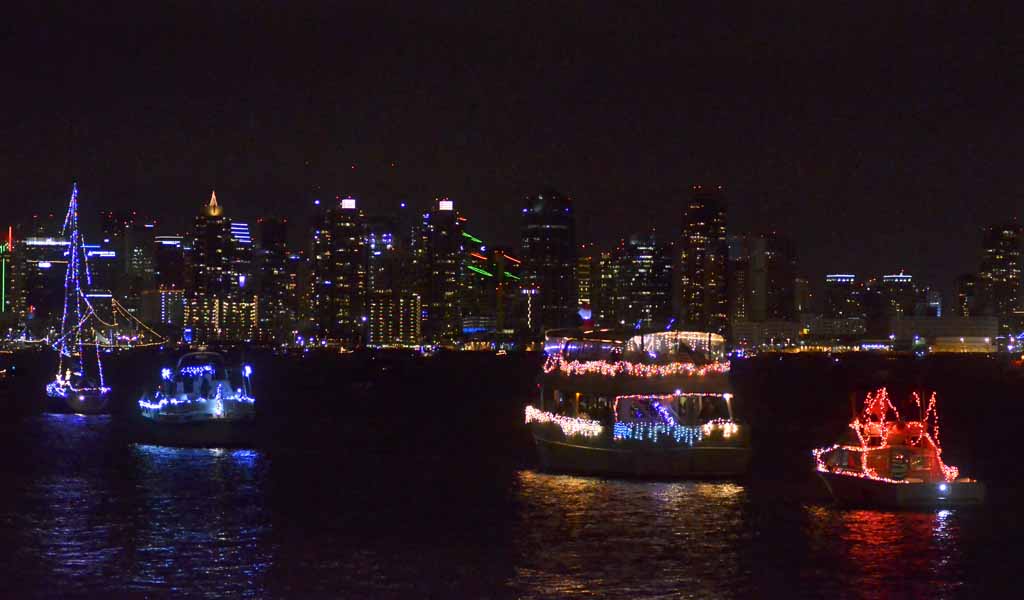 What is the holiday season without the much anticipated Christmas Boat Parades throughout San Diego and Orange County? Dazzling and entertaining large crowds for years, participants go to all lengths to decorate their vessel, whether it be a yacht or kayak. No doubt, this has become one of the most iconic celebrations in Southern California during the month of December.

To make your visit a bit easier, below are schedules and helpful information including
parking and route information.

Theme: Tropical Island Christmas
When: December 9 and 16, 2018
Time: Procession starts at 5:00pm both evenings.
Route: For the third time, the parade is scheduled to proceed to the pier at Cesar Chavez Park before making the turn to Coronado.

At 5:00pm the parade starts at Shelter Island and proceeds to Harbor Island, the Embarcadero, Seaport Village, the Pier at Cesar Chavez Park, and ends at the Ferry Landing in Coronado. Helpful information: The parade takes about an hour to pass any given point and there are many comfortable waterfront viewpoints along the route. Please keep in mind that there can be as many, and even more, than 100,000 residents and visitors.

Over 80 lavishly decorated boats are expected to participate. Viewers can watch the parade from near the announcers’ areas which will be located at the Maritime Museum on the Embarcadero and at Coronado landing. People are encouraged to utilize San Diego Public Transit, such as the San Diego Trolley. Another alternative is to park downtown and utilize San Diego Pedicab service for transportation to the Embarcadero. 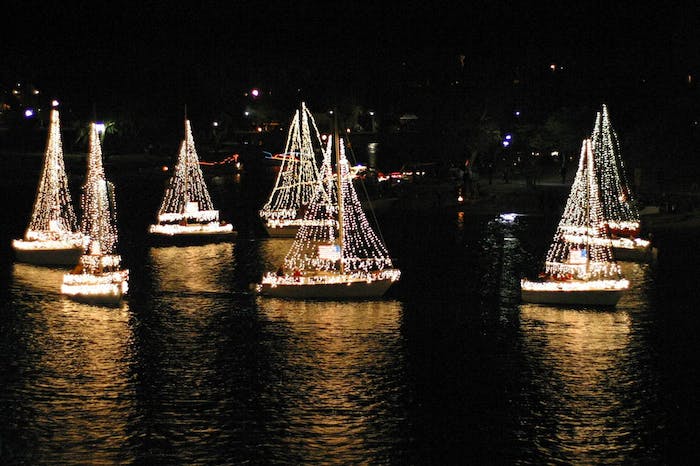 Mission Bay Christmas Boat Parade of Lights
When: December 8, 2018
Time: 6:00pm-8:00pm
Route: The boat parade begins from Quivira Basin. Best viewing is from Crown Point, the east side of Vacation Island or the west side of Fiesta Island. Newport Beach Christmas Boat Parade
When: December 19-23
Time: 6:30pm-9:00pm
Route: This year, the parade starts off at the Tip of Lido Isle, a change of starting point from previous years. Boats will start from the east end of Lido Island and then follow the usual route with the first public viewing destination at the new 10.5-acre Marina Park. Here you will find 177 parking spaces, nautical-themed playground, picnic area and is the
largest public viewing area along the parade route.

? On the bay side of Balboa Peninsula from 18th Street to the end of Bay Avenue ? Anywhere along the water on Balboa Island ? Along the Pacific Coast Highway between Balboa Bay Club and Riverside Drive ? Along the water on Lido Isle Paid Viewing Locations: ? Seating at the American Legion Post 291 at 215 15th Street. Call early to reserve: 949-673-5070 or 1-800-655-0149

It's a Bird? It's a Plane? It's our Pacific Sotheby's Team of Rappelling Edgers Scaling Down the Tallest Building in San Diego!